Congratulations to all the medal winners. 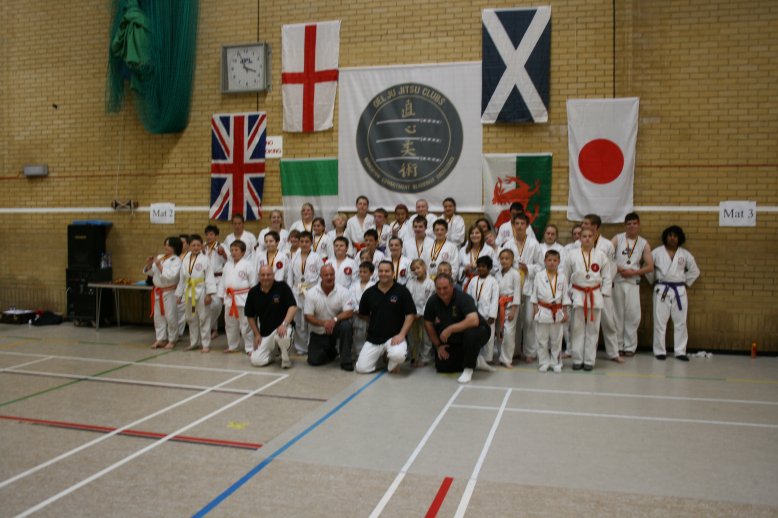 On Sunday 22nd July 2007 OEL & Wanstead Ju Jitsu Clubs were given the honour of running the first ever Jikishin Ju Jitsu Associations Junior Course and Championships. Sensei?s Lee Bywater, Tony Park & Alan Unwin, have been running club competitions for quite a few years now but were up for the challenge of running a bigger event.

A few months previous to the big day Sensei?s Lee, Tony & Alan got together and sorted out the format of the day, working out what competitions were needed, the layout of the hall, medals, teachers, refreshments etc etc. 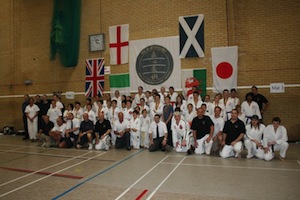 With everything organised we all met up at OEL?s Dojo on Saturday 21st July at Epping Sports centre to get ready for the following day. We had 10 plus helpers laying mats, putting up flags, laying out chairs, putting up signs and getting everything ready. Not everything could be finished as the sports centre closed early so we all knew we would be up early the following day to finish of the last finishing touches. Tony & Lee then spent the rest of Saturday night checking all scribing forms making sure nobody was missed off.

Sunday arrived and Tony and Lee found themselves standing outside Epping sports Centre at 7.45 am waiting for the duty manager to open up. The final bits were finished off, the stock table, refreshments laid out.

Just after 9 am the first competitors arrived along with their family and friends. Due to a few students turning up a little late the line up was delayed for 10 mins just to give everyone a chance to sign in and confirm all competition details. With all students now on the mat spectators in their seats and all sensei?s lined up the 1st Jikishin Junior Course & Championships was about to start. 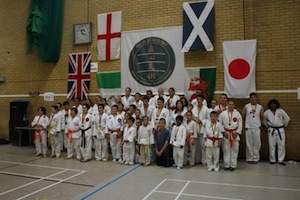 With the formalities completed all junior students were split into their groups and senseis were told which mats they would be teaching on first. As always with all Jikishin events the sensei taught some great techniques. The final mat change was going to be a test of the sensei knowledge in junior games, every sensei had there own favourite games and everyone thoroughly enjoyed what they were doing. With the course now finished all students and sensei?s lined up for the final rei before a half hour break for lunch. The mat team then went into action getting the four fighting areas ready for the competitions.

With all the competition areas ready, all sensei?s and helpers (Belinda Taylor, John Oliver Fitch, Mark Bywater, Sarah Merriner, Sam Unwin, Josh Leeke, Simon Bostock, Alex Unwin Sharon Bozza & Sally Lacey.) were placed on their own competition mat. Random attacks were up first on mats 2, 3 & 4 and the Kata competitions were on mat 1. All students that competed put in a lot of effort and should all be proud of themselves.

Once the clearing up had been finished everyone went up to the sports centre bar were a huge buffet was laid on for all junior competitors.

Sensei?s Lee Bywater, Tony Park & Alan Unwin would like to take this opportunity to thank firstly sensei Brian Herbert for asking us to run a this course on behalf of The Jikishin Ju Jitsu Association. We would also like to thank all sensei?s that bought along their students, all the sensei?s that taught, all the helpers, spectators and of course the junior students who attended.

We look forward to seeing you all and all other Jikishin members at the next Jikishin Junior course and Championships, which will be held on the 23rd September 2007 in Colchester and run by Sensei Colin Humbles. 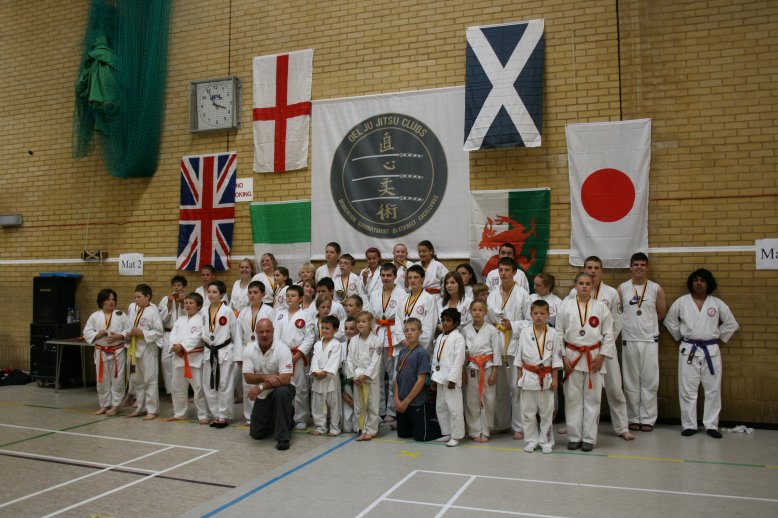